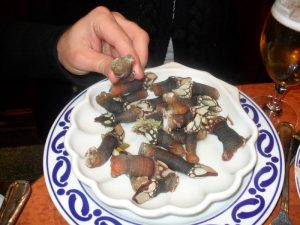 Experience a different Christmas in Galicia

Galicia, the land of a thousand rivers, is full of hidden gems and stunning landscapes. It has a rugged dramatic coastline with idyllic white-sand beaches surrounding fjord-like inlet, mountains and lush valleys and unique forests. Galicia has more in common with Ireland, Scotland, Wales, Cornwall, the Isle of Man or Bretagne than with the rest of Spain. Therefore, it has joined the Celtic league in 1986.

Seafood for Christmas in Galicia

The long Atlantic coastline yields a wealth of fish, shellfish, and crustaceans that occupy an important place in the Christmas Eve dinner. One of the highly prized delicacy is the Percebe or goose barnacle which has a sweet, succulent and flavorful taste, this seafood captures the very essence of the sea and thus, can be as expensive as caviar. They grow best in rough seas, only on rocks with very heavy sea currents and can be dangerous to harvest.

Apparently, the barnacles that grow at Cabo Roncudo are the best in the world. This is so due to the perfect natural conditions in which they grow and, since the 80s, the brotherhood of Corme treats this coastal spot with utmost care, so much so that the council only opens this area 6 days a year: 3 in July and 3 in December.

Tourists and media go to O Roncudo to follow the evolutions of these brave and risky Percebeiros. A show which entails the huge danger of running on slippery rock, marking the thin line between life and death. A treacherous wave that turns into a grave. An untimely slip that ends in tragedy. In the lighthouse there are a couple of crosses that remind us of the power or the sea and the art of these Percebeiros which not only lies on the timing and their sure footedness but also their deep respect for the sea.
The reality of this BBC Human Planet footage is breathtaking…

If you wish to organise a Christmas tour within spectacular nature, relaxing in thermal springs, celebrating like a local and savouring local food and wines without breaking the bank, don´t hesitate to contact us at mila@cruisegalicia.com 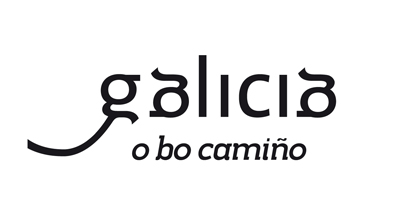